Illicit Snowboarding blog has an interesting post on the money trail in the snowboarding industry, and which corporations own what brands.

The idea for this came from the forum on Yobeat and some lad called Andrew Nagel, aka ‘GnarBuckets’… Anyway this article answers GnarBuckets question “I was wondering if any one could update it and add other companies that are now in snowboarding and what not and just every one give there 2 cents on this.”

And to answer the first part of Mr Buckets question here is something we just drew up and are going to call a ‘Piste Map’, showing which corporations own the brands in 2010. (click to enlarge) 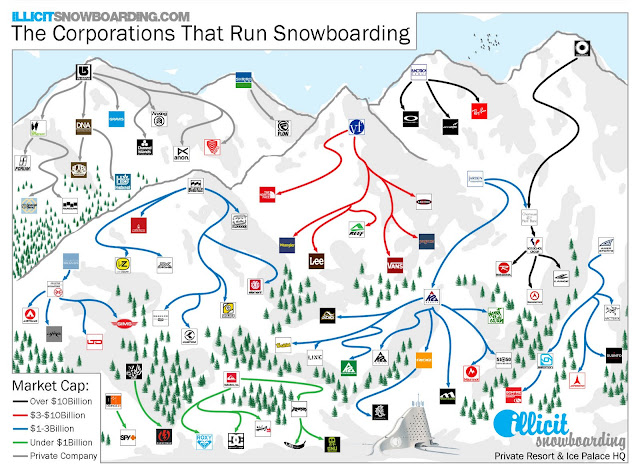 Some crazy shit right there…  if we were on this map we’d probably be the poor kids trying to sneak onto the lifts without passes.  So core man…